We welcome Chi Nguyen as a postdoctoral fellow to our group.

We welcome Emma Danelius as a postdoctoral fellow to our group.

MicroED is identified as a top 10 breakthrough in Science of 2019 by Science magazine. Summary here. Breakthrough of the year semi finalist here.

The Gonen laboratory relocated to the University of California, Los Angeles. Our lab is part of the departments of Biological Chemistry and Physiology of the David Geffen School of Medicine and the Howard Hughes Medical Institute.

Our work with MicroED was highlighted as “top research in 2015” by Chemical & Engineering News here.

Our work on the toxic core of a-synuclein determined by MicroED has been published by Nature. You can find the paper here. Accompanying Nature News & Views here and an article in Chemical and Engineering News here. Highlights by Science Translation Medicine here, Medical Press here, and ALZForum here. Twitter blog here. C&EN.

Our work, in collaboration with David Baker, on the design of self assembling protein two-dimensional lattices was published by Science. The article can be found here and a highlight by Nature Methods here.

MicroED was highlighted as a “Method of the Year 2014” by Nature Methods. Article can be found here.

Our structure and function study of sugar transport through the major facilitator superfamily member XylE has been published by Nature Communications. The article can be found here. A news feature written by the American Diabetes Association (ADA) can be found here.

Our MicroED structure determination of catalase was published by eLife. The article can be found here.

Congratulations to Brent Nannenga who won the Distinguished Young Scholar Seminar Award from the University of Washington ACES program. Details of the award can be found here.

Tamir Gonen interviewes about MicroED and membrane biochemistry can be found at SBGrid here and HHMI Bulletin here. HHMI news can be found here.

Our work on the structure and function of AKAP18-PKA complex was published by eLife. You can read the paper here.

Our work on the structure and function on aquaporin-0 in complex with Ca2+/calmodulin was published by Nature Structural & Molecular Biology. You can read the paper here. The work was also highlighted by the National Eye Institute here and by UC Irvine communications department here. This work was also highlighted by the visible embryo here, Science Daily here and by Science here.

Our work on the crystal structure of NarK, a Nitrate/Nitrite exchanger, was published by Nature. You can read the paper here. The work was also highlighted by Science here and a review published here.

Our HCV IRES-40S cryo EM paper with Jeff Kieft was highlighted with a news feature from Science Daily here.

Congratulations to Dr. Breanna Vollmar for successfuly completing her graduate studies and obtaining her PhD. Breanna will be moving onto Pharmacology in the next few weeks.

Megan Filbin Joins the lab as a postdoctoral fellow.

Tamir Gonen became a Member of The Royal Society of New Zealand.

Our work on the structure of purified yeast kinetochores was publisehd by Nature Structural & Molecular Biology. It was highlighted by Current Biology and by a news feature on the HHMI and JFRC websites. You can read the news feature here. The work was also featured as the cover article for NSMB.

Our work on the AQP0 phosphorylation by PKA and its recruitment with AKAP2 is highlighted by Nature PSI Biology. The work was featured as the cover story for the January issue of EMBO Molecular Medicine.

The Gonen lab moved to the Janelia Farm Research Campus of the Howard hughes Medical Institute in Ashburn VA. 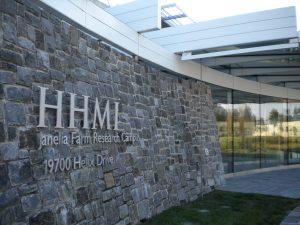 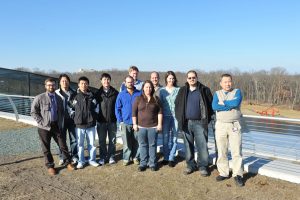 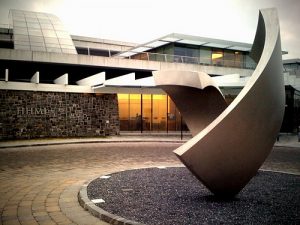 TEMIMPS workshop on electron crystallography was held at the University of Washington School of Medicine from August 15-19. Participants from around the world came to hear about electron crystallography, experience the crystallization, screening, data collection, analysis and structure determination. We thank all instructors for an enjoyable meeting. 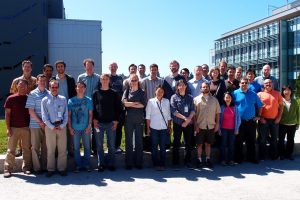 Our paper on the structure of the nitrogen regulatory element NrpR has been highlighted by a news n views section, Nature PSI Biology as well as the Crystallography Times.

The Trancontinental Electron Microscopy Initiative for Membrane Protein Structures (TEMIMPS) is funded by the National Institutes of Health. TEMIMPS is a consortium of electron crystallographers around the USA who came together with the aim of developing methodologies for membrane protein structure determination. The investigators are Drs David Stokes (PI), Iban Ubarretxena, Pawel Penczek, Andreas Engel and Tamir Gonen. A number of positions are now available and more information can be found on this site under “Employment” or at the TEMIMPS website.

Matt Iadanza joins the Gonen laboratory as a graduate student and was awarded a Molecular Biophysics Training Grant support. Congratulations!

David Dranow graduated. Congratulations David – We will always miss you.

The 3rd floor corridor party was a hit. This event was set to celebrate significant recent achievements by the 3rd floor laboratories: Kennedy, Merz, Morris and Gonen. 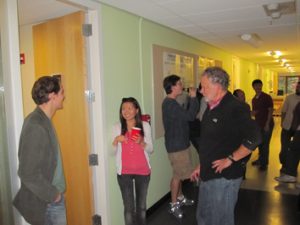 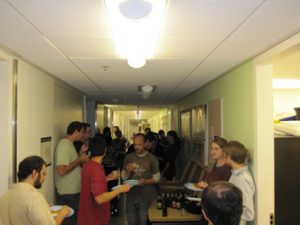 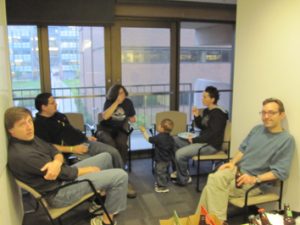 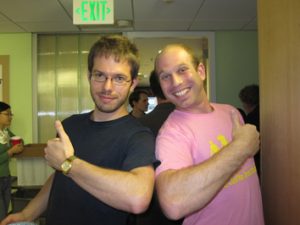 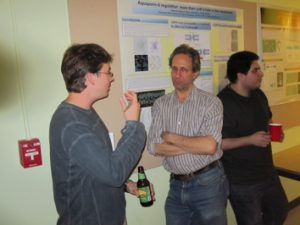 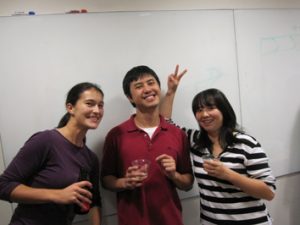 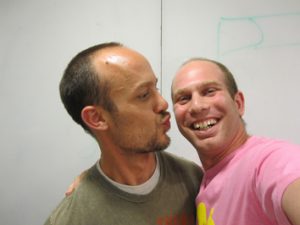 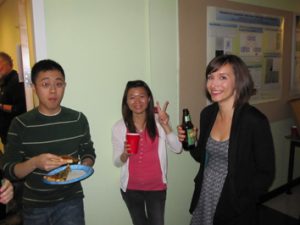 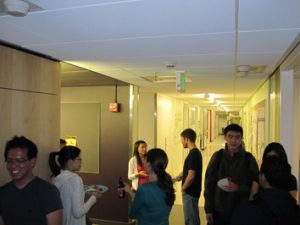 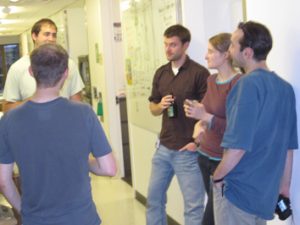 Congratulations to Dr. Hongjin Zheng for obtaining his PhD. Hongjin is the first student to graduate from the Gonen laboratory.

The Gonen Laboratory is awarded a Career Development Award from the American Diabetes Association.